Did you ever made a Critical Decision in your life? What are the consequences of those decisions?

This game is a hand sketched story-based. It is about taking a decision at critical situations.

It contains only one story as of now, I'm planning to add more stories based on the response.

Consider supporting my work, helps me to develop more assets and games for you

I won't criticize the writing since the other comments seem to do that better than I could, but I enjoyed the overall mood and art style!

I would have liked some kind of conclusion, though

Thank you for playing my game!

Thanks alot for your feedback. Yes, I will have to work on the story part and provide some conclusion. I will have that soon. :)

I find it surprising to take a decision for a character without having its point of view. Especially when most of the stories is made of suppositions from another character, and a kinda excessive reaction from her? That being said I don't know at all Nuvvu Nenu Prema, and I'm well aware that my European culture might biase my reading of the story. Still, with the lack of context, the final choice felt a bit cheap. If the relation between the two is just resumed by "being faithful" or "having fun", well, whatever the choice it just seems emtpy and meaningless.

Okay, that being said, I don't want to be too harsh! I enjoyed a bit the game, for its artstyle that is pretty great, and its rhythm that makes the story and the dialog evolve in a good pace. I wasn't able to hear any sound, was it removed in the last update after the feedback one the volume? Also, showing the percentage of players' actions is a nice touch, although I would have like to have a proper conclusion to the story as well.

Anyway, writing short and impactful story is a had execice! And while I had my critics, well, it still achieves to presents characters, conflicts, and almost a resolution, in a very short amount of time. So I hope you'll keep working on this style of storytelling! :)

Hey, thanks alot for playing the game and wonderful feedback.

This is an experiment. That is why I haven't worked on the story much. I wanted to know how people react on this project. Also, in general, I'm not a story writer but I'm good at programming and sketches.

I will work on the story part, re-write the game and release an update soon. :)

Please don’t submit this to jams without respect for the rules of the jam. Thanks

Sure. I tired to remove from submission but I didn't find an option. Thank you.

Got it. I have removed the game from all the jams except 'Micro Fangame Jam 2' as it meets the jam rules.

I’m curious, why did you submit to these jams in the first place?

To be frank, this is my first time for jams (I know it doesn't seem to be believable). I thought they are only competition but didn't realize that publish date is so important for jam submission date. I thought this game is somehow related to the jam theme,

for No Plugin November, I didn't use any plugins to build this game

for Just One Control, this game has only one tap control

So, for all the jams I have submitted, there is some relation to their objective and I thought I can compete in several jams with just one game.

Anyways, It is a clear misunderstanding from my side. Thank you for correcting. :)

woah that was petty good ^_^

Ok, as a screenwriter and filmmaker I will say the story needs revision. There is absolutely no character arches. It felt WAY more plot driven than character driven. I would focus on developing the characters as people and not placeholders for a plot-point. I think it would be a more emotional moment for the player if you build a connection with the wife a bit more. It just seemed too hollow.

Story aside, the game itself is good. I like the artwork and music but more branch narrative choices would've been great as well.

I also like the use of percentages to show how many made the moral decision or not. Overall good job. Just work on story structure a bit more.

Hey, thanks alot for the review.

Storywriting is new for me. I'm a programmer as well as a sketches artist. I would like to develop the story more, do you have any suggestions how to be narrated? Thank you :D

First and foremost, why should I care about this character? It's important for the player or viewer to connect with the character in the beginning. Because then they care about the story and how it ends. Establishing a connection will make the decision even harder in the end for the player. In this case, perhaps she sacrificed or gave up something (maybe she left her family in another country just to be with him). Emphasize her love and commitment to him, but let her own individual identity shine as well. If you want to leave the dialogue the same then make it make sense. Maybe her husband is verbally abusive and domineering. A real control freak that slaps her if she dares to defy his will. Then her dialogue and attitude towards the situation will make a LOT more sense for the psychology behind her actions and choices. Just Google three act structure, what is character driven vs plot driven, and how to use beats in writing.

These are very valuable tips. Thanks alot! I will work on my writing skills. I will study the suggested topics then I will work on the game content. :D

Interesting. The music was loud. The story is...interesting. I was certain she was going to go crazy and kill him & the ex-girlfriend. The way she comes to conclusions about "his desires" seems like the ramblings of either 1) a psychotic break down or 2) An anxious mess. The first scenario seems to fit the narrative more as someone with really low self-esteem and really high anxiety wouldn't try to hook them up I don't think. I think the psycho would go find the ex and make them be together. Overall the narrative is a bit too forward. Is it trying to make you feel bad? Idk. Either way, it wasn't bad. A little cringy though. sorry. A few notes:

I will reduce the audio volume and give the fast forward option for the text as you suggested.

My plan is to have few set of stories which are independent to each other. That is why this story is short but your suggestion of having more decision making is interesting. I could add one more decision making option that player can choose whether she invites her husband's ex and kill both, or let them fulfill her husband's desire. Or we could have the story in the similar way I will add one more bit story based on the user's decision.. If they choose option 1, she will be happy with her husband and option 2, she will kill them both.. Which gives the user a feeling that she is testing her husband..

Hey no problem! That all sounds great! Again that was just my interpretation of the story and what I thought could help. :) keep me updated if you expand it! :D

Ofcourse! Your review will improve the game alot. This is just a test version. I will start working on expanding the game now. Thanks once again. :D

music is absolutely too loud. As far as the story, I feel like the pacing is extremely quick. We don't really get a chance to empathize with the character, they're just some woman who was a husband still in love with their ex. It makes no sense to invite the ex over, the two should just talk it out. Very confusing.

Thank you for your honest review :D

The best game ever, this game is going to win the GOTY

Really! That's so nice of to you to say that. :D 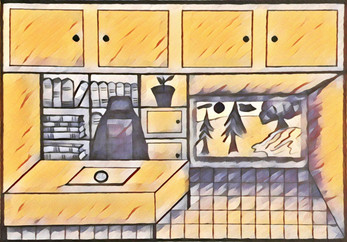 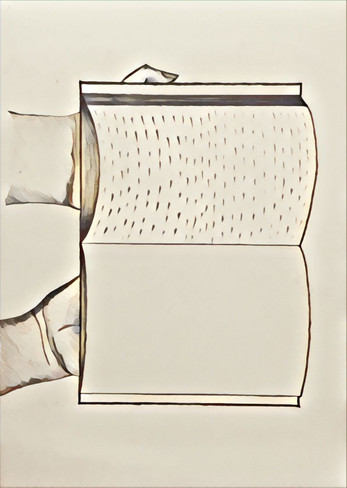